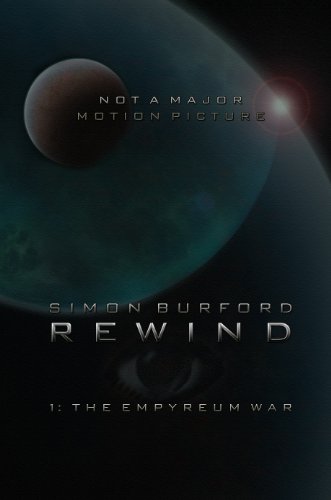 Stone Guard. Feng the Accursed. Gara'jal the Spiritbinder. There's a single part of the game where this is quite easy to do, but unless you're actually trying to get the achievement it probably wouldn't occur to you to try.

You are expected to do this in the middle of a chaotic sea-to-air battle while simultaneously rescuing sailors. Worse still, many of the Zeros are kamikaze attackers, meaning that you have a very limited timeframe to shoot them down before they plow into friendly ships. Have fun! Seems simple? Guess what, the last leg of the mission has you raiding a broadcast station , and there are a total of televisions in the entire level.

Even worse, the destroyed televisions reset if you die before you hit checkpoints. Paranoia abounds. Mile High Club , also in Modern Warfare , makes the rest of the Veteran campaign look like a cakewalk. You have to navigate an airplane with no space to move or take cover, kill hordes of terrorists without grenades, and you only have one minute to clear the entire level.

If you somehow make it to the end, you must get a headshot on the terrorist with the hostage, because "Only veterans get headshots. Entire guides have been written on this one achievement. Advanced Warfare has Wheelman, which involves clearing the Hover Bike sequence at the end of Aftermath The track is about a minute long and has three checkpoints, but it's very easy to screw up and it isn't even very clear if you HAVE screwed up.

And if you fail, you'll have to redo the whole mission over again. So named because on this difficulty, a single shot from any weapon will kill you.

Transformers: War for Cybertron : "Wait! I Still Function! To get it you must lose all of your health and destroy three enemies in the ten-second "System Failure" mode before you blow up. Team Fortress 2 has many achievements that are difficult, tedious, or require astounding luck which is inevitable when there are more than five hundred of them. Some can be obtained in normal play with lots of time , and lots can be "cheated" if you have one or two friends and an empty server, but some are a cut above the rest: Many Medic achievements either required a lot of fighting for a class whose main purpose is healing, or were otherwise outright counter-intuitive to the success of the team.

When the Medic's achievement pack was released, completing all of the achievements was the only way to obtain the useful Ubersaw item. Because they were so difficult and often required farming, they were one of the reasons Valve later changed the item system from achievement-based to drop-based.

Even if the Medic is incredible at surviving, most games don't even last long enough for the Medic to hit Less so after the introduction of the Quick-Fix, and even less so when all mediguns were buffed to let the Medic match the Scout's speed while healing one, letting you give the Scout a Kritzkrieg and hope he can aim. The worst is probably "Big Pharma" and the Heavy's equivalent, "Division of Labor", so again, you have to pull off this feat twice.

That's basically 5, Soldiers. There are career Pyros out there that still don't have this one. Both of these achievements suffer from a glitch where sometimes Steam erases all progress on them, requiring starting over from scratch. Makin' Bacon: Kill 50 Heavies with your flamethrower. Not only do Heavies completely outclass the Pyro's damage output at close range, but they have absurd amounts of health, the Sandvich, and Medics to combat afterburn damage as well, so you can't even rely on hit-and-run or posthumous kills.

To make matters worse, it only counts the default flamethrower for the achievement. Most, if not all experienced Pyro players will choose the Degreaser over the default flamethrower any day. Spies rarely taunt anyway, but they'll never use this taunt unless they're going for an achievement that requires using said taunt after a kill, so getting this without setting it up requires that perfect moment.

The only maps where this is even close to viable are Well and 2Fort, which have a lot of deep water, but good luck actually finding anyone who willingly goes in the water. The Scout achievement "A Year to Remember", which requires getting a certain number of lifetime kills. Most classes only need to kill 1, enemies to get their respective achievement. How many kills does the Scout need to get this achievement? This can literally take dozens of hours to do, and while dedicated Scout players will get it fairly soon, those not so good at playing the Fragile Speedster will find themselves in a pit of frustration.

What this translates into is hoping to smack someone with a stunball usually at long range, as the Sandman doesn't stun enemies up close in the path of a buzzsaw, on train tracks, or in front of the Horseless Headless Horsemann and praying that they get killed by that hazard before the stun wears off.

And the Sandman isn't exactly easy to aim in the first place.


It's gotten even more difficult with the Sandman being nerfed to only slow enemies instead of stopping them from moving entirely, meaning that the victim will have a chance to get out of the way. You couldn't use the Bushwacka which always crits on Jarate'd enemies or any other melee weapons for this one, only the default Kukri. Once you've managed to find three enemies in close proximity good luck with that , you'd have to try to kill those three in eight seconds with a weak featureless melee weapon as the weakest melee class, who has the lowest base health.

The requirement was eventually changed to melee-killing three Jarated enemies in one life, making it more manageable if still difficult because going melee with Sniper is risky at best. Most taunt kill achievements are difficult enough, but "The Man From P. The former requires you to get a kill with the second longest and loudest kill taunt in the game, which doesn't immediately kill until the last swing but WILL notify the enemy as you will stab him twice beforehand non-fatally.

The latter doesn't just require you to get a kill with the Sandman's taunt, the longest in the game- no, you have to hope the enemy's ragdoll flies long enough and doesn't collide with anything to count the achievement. How to get: ignite 3 enemies with the Rainblower's taunt it's an AoE attack. No, not "kill". Due to the way the attack is coded, you have to hit no fewer than five powerful enemies on average; only four if they're overhealed with a slow, loud, short-ranged, incredibly-brightly-advertised attack and hope that only the first two die. It's not even easy to get this achievement "boosted" for you because of how many friends you need working on the enemy team.

The "WAR! This is a lot harder than it sounds, as you need to single out one specific class on the enemy team and make sure you get the killing blow.